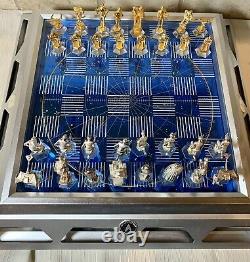 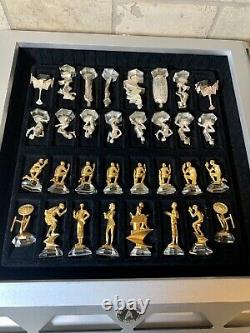 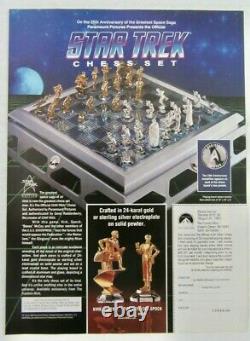 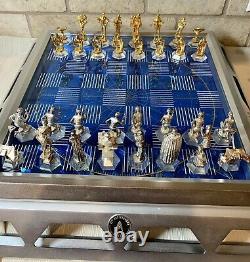 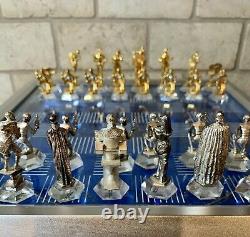 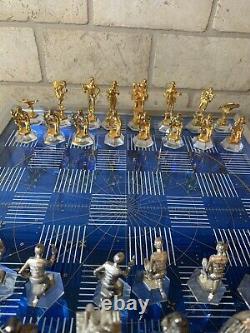 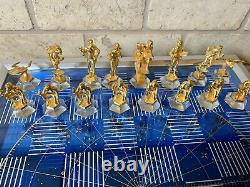 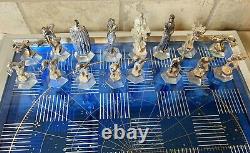 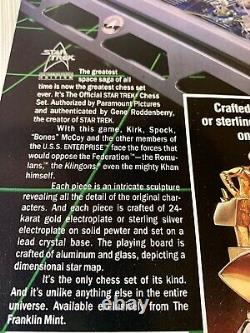 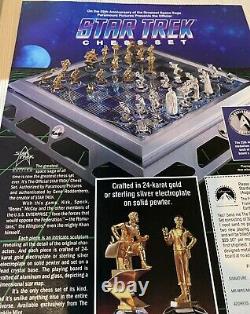 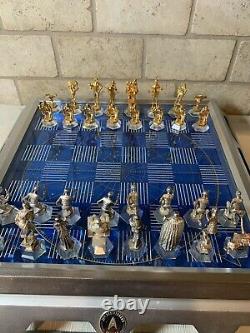 There are 32 pewter playing pieces, 16 24k gold plated, 16 silver plated, each mounted on a crystal base. A stunning presentation in celebration of a time when viewers the world over suspended disbelief and went along on a journey in a Starship.

The set also includes a collectible original magazine advertisement page from 1991. The greatest space saga of all time is now the greatest chess set ever.

Its The Official Star Trek Chess Set. Authorized by Paramount Pictures and authenticated by Gene Rodenberry, the Creator of Star Trek. With this game, Kirk, Spock, Bones McCoy and the other members of the U. Enterprise face the forces that would oppose the Federation -the Romulans, the Klingons, even the mighty Khan himself.

Each piece is an intricate sculpture revealing all the detail of the original characters. And each piece is crafted of 24-karat gold electroplate or sterling silver electroplate on solid pewter and set on a lead crystal base. The playing board is crafted of aluminum and glass, depicting a dimensional star map. The 25th Anniversary medallion appears on each of the chessboards four panels.

Its the only chess of its kind. And its unlike anything else in the entire universe. The item "Franklin Mint 25th Anniversary Star Trek Gold & Silver Chess Set 1992" is in sale since Wednesday, December 30, 2020.